The known universe consists of four fundamental forces: electromagnetic force, weak force, strong force, and gravity. The first three forces can be described theoretically. Gravity, however—which makes up the vast space of the universe—lacks a quantum theory. For three decades, scientists have tried to understand quantum gravity by using a model called the holographic universe. 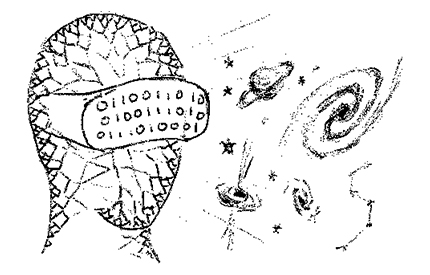 According to University of California San Diego Assistant Professor of Physics Yi-Zhuang You, the holographic universe can be thought of as a universe in virtual reality. All the information about this three-dimensional universe is projected from a two-dimensional screen of quantum pixels. The quantum physics on the two-dimensional screen gives rise to the quantum gravity behavior in the virtual universe. Between the two—the quantum boundary and the bulk gravity—lie dual theories known as the “holographic duality.”

To reveal this elusive duality, You and his team developed a novel machine-learning algorithm that enables artificial intelligence (AI) to learn from the boundary quantum theory and propose the corresponding bulk gravity dual. The results of their study are published in Physical Review Research, an American peer-reviewed scientific journal established in 1893 and published by the American Physical Society. According to the scientists, their outcome may shed light on a better understanding of the holographic duality, and it could result in new tools for exploring quantum gravity.

You and Hong-Ye Hu, a physics graduate student at UC San Diego, collaborated with Shuo-Hui Li and Lei Wang (Institute of Physics, Chinese Academy of Sciences, Beijing) to develop the machine-learning algorithm based on a deep artificial neural network—an interconnected group of nodes that mimic simple brain neurons.

“By arranging the artificial neurons in a hierarchical structure, the neural network is able to generate quantum field configurations as an artist creating a painting, level-by-level, from general composition to specific details. In this way, the artificial intelligence learns to identify the features at different scales in the quantum system and present them at different depths in the holographic bulk such that it can serve as a translator that can interpret the quantum theory in terms of the gravity theory and vice versa,” explained You. “The artificial intelligence not only learns to propose physics theories but also learns to find the connection between different theories that are dual to each other.”

According to You and Hu, at first the neural network “does not have a clue,” so it proposes arbitrary gravity theories. It generates quantum field configurations on the holographic boundary based on the hypothesized bulk gravity theory. The likelihood of the generated quantum field configuration is then evaluated according to the given field theory action, which provides an indication of how well the gravity theory is describing the boundary quantum physics. Such an indication will be fed back to train the neural network parameters.

“In iterative rounds of trial-and-error, the neural network gradually learns to modify its proposal of the gravity theory to improve the overall correctness of the consequent predictions,” explained Hu.

The structure of the neural network is inspired by the idea of renormalization group—an iterative approach to remove detail features in the physical system and extract overall structures at progressively larger scales—which gives the artificial intelligence the power to grasp and analyze the information at different length scales. 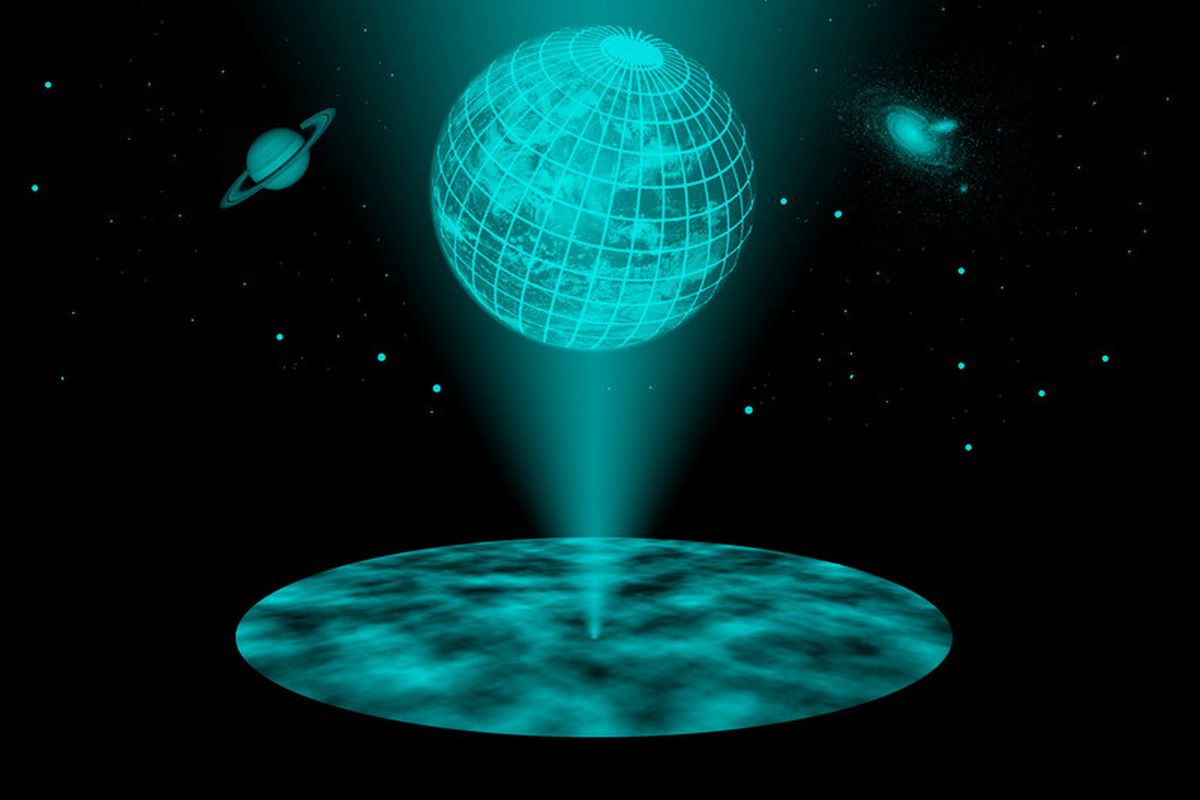 “One of our epiphanies in this research was to realize that if the process of renormalization were reversed, it would constitute a generative procedure, which could reconstruct the physical system in a hierarchical manner,” said You.

The researchers tested the algorithm on a quantum system with a large number of interacting particles. The quantum system is in a state that exhibits self-similarity, meaning that the system looks similar to itself from small to large scales. In this case, a new dimension will emerge in the holographic universe, which corresponds to the different scales to observe the quantum system.

“We are amazed to observe that a beautiful hyperbolic geometry of the holographic universe emerged in the neural network under training,” said Hu. “This is exciting because scientifically it shows how artificial intelligence can help scientists to understand how space-time can emerge from interacting quantum objects and to establish the holographic duality on the field theory level. In the long term, the space-time fluctuation could also be incorporated in the framework, which may lead to a possible quantum description of gravity.”

Another usage of the holographic duality established by the AI is to simulate the strong-interacting boundary quantum system from its holographic bulk.

“In many cases, the particles in the holographic universe are almost free, which makes the bulk gravity theory much easier to simulate compared to the boundary quantum theory. Therefore, our approach can help condensed matter physicists to simulate quantum materials, and find new phases of matter in the future,” said You.

The UC San Diego researchers are supported by a startup fund from the university. Li and Wang are supported by the National Natural Science Foundation of China (grant no. 11774398) and the Strategic Priority Research Program of the Chinese Academy of Sciences (grant no. XDB28000000).